Tribute to An Extraordinary Brother
Reflection of Thankful Blessings 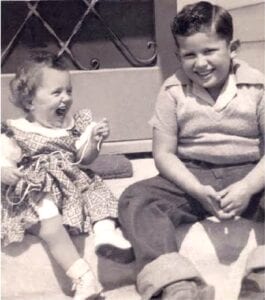 It was 6:45 PM when the sound of the telephone startled me. I had been napping, but when I looked over at the caller ID, and saw it was my nephew, who rarely calls. Immediately, I knew it had to be bad news. As I reached for the telephone, my stomach ached. My nephew is the son of my older brother who had been recently struck with his second bout of cancer this year. The granddaddy of them all. It was Halloween this year when he was diagnosed with liver cancer, and given a few weeks to live.

This photograph is of course not current but the way I see him in my heart…the great protector, and the one who made me laugh at the times of trouble!

Tonight I hear the sounds of my nephew’s voice, again, which echos in my mind, stabbing at my heart and filling my head with painful remorse that his father, my older brother, had died. Remorse, because this man, my brother, Herb, who was loyal to those he loved, passed away without me by his side.

I ache for the chance to have said goodbye. Now, in the early hours of the morning, the years of memories flood back from our lives together. But, thankfully many are happy times. As the tic tock sound of the clock passes in my mind, I’m overcome with grief and the thought I will never see him again. Weeping for his wife, Diane, and son, Matthew, his friends, my younger brother, John, our families and myself, I wonder if he knew how much he changed my life, making it better. I pray he knew I was with him, but his family thought he had more time and needed time with him to themselves before we all arrived. Who thinks of time running out? I think we believe we are immortal and there’s always time to do one more thing.

We are not programmed to think negatively, or even rationally at a time of crisis. No words can express enough the importance of saying, “I love you” every chance you get to those in your life, as one day, you’ll run out of those precious moments. 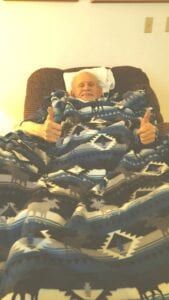 Questions flood my mind, wondering, why someone so good would be taken away while others, whose best day is not to hurt someone? Guilt riddles my soul buried right next to my sadness and disappointment for not having been able to say goodbye. I had spoken to him the day before he passed. But, only briefly because he was so tired. I told him I loved him, but in my mind, it was not enough.

Each year I make special blankets for him at Christmas, hoping he could feel the endless love of his sister, but this year I sent it to him early. I was told that several days before he slipped from this world, he had been requesting the blankets I have made him over the years, to be warmed, one at a time, switching them as he was so cold. He was able to find comfort beneath them for his sick body. The image in my mind was that of love from him, yet again. I had no idea that being cold was a sign death was close. He loved his blankets so much, using them year round, and it was a blessing to me, that this small gesture of making them, gave him such joy. I had sent him his last blanket about five or six days beforehand, and do have the photo of him thumbs up with it, which I will always cherish. He didn’t need much in life to feel happy and loved, thanks to his loving wife, Diane. But it was not a feeling he knew growing up, due to our abusive lifestyle.

Tonight, I give thanks for the blessings he brought to my life. His son, Matthew carried on his fathers kindness when he called with the devastating news. He was the one who shared with me that his father, was peaceful and in no pain any longer.

In the midst of my sorrow emerged a light of hope, that he knew I was right there by his side, loving him, with each fiber he laid beneath. Was he reaching out to me through his thoughts? I choose to believe this blessing was once more from my brother.

Thanksgiving, is a time for the blessings, and reflection of life’s memories. This year, while giving my thanks, we will be putting this kind and loving man to rest.
How will he ever know how much he meant to me?

Blessings…yes, he is one of life’s greatest gifts from God. 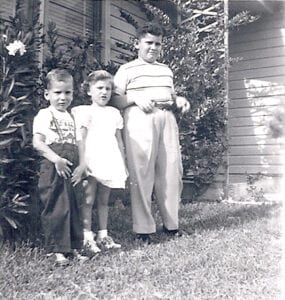 Herb and I were abused badly as children, but he overcame his bitterness, becoming a leader in the community of Jackson, Wyoming. His craftsmanship as a designer of the finest handguns, allowed him to be a positive influence in so many lives. He was a stickler for safety and would not allow anyone to own his guns without proper education. I am so proud of who he has always been. His love of guns dates back many years, as you can see in this photo where his hand sits at his holster, and he stayed true to his love and respect for the weapon!

Growing up, he stood between me and our mother, who was the abuser. He would protect me, and he took many of the blows meant for me, begging her not to hurt us anymore. He would hide me under his bed, until she sent him away to military school, but when he returned, he continued to love and shield me from what he could. However, Herb did not live at home any longer, but he came each day, to be sure I was safe. This is the man I have always loved…my brother, and the best he could be. It was because of his love that I was able to love anyone.

Herb was not filled with anger, but instead, he gave so much love to those he cared about. Tonight, a special memory comes to mind, I would like to share. I was in junior high school in 1960, when he returned from military school. Shortly afterwards, I was the hit in school! Herb and his best friend, were now 18, so they could be anywhere they wanted to be, but instead he returned day after day until he had taught me the Chubby Checker Twist, making me the first one in my school to teach others. Boy, was I no longer an unwanted nobody!

At 13 years of age, I had gone from a nobody hiding in the shadows of myself, as abuse victims often do, to someone who matters. Another gift from a brother giving his love to a shattered sister. After teaching me to do the twist, even using a Hula-Hoop, I won a dance contest in school, further boosting my morale and popularity.

That’s the kind of man he was, that leaves his mark on society, all in a good way. Believe me, you certainly did not want to be on his bad side, as we learned early on in life to fight for ourselves. He did not hurt anyone, but he also did not allow anyone to walk on us as doormats.

Herb was a strong supporter of wildlife conservation organizations, including Ducks Unlimited and Safari Club International. The Jackson Chapter (Wyoming) of SCI has worked with local agencies on several anti-poaching projects…something he felt strongly about. He was chairman of the local chapter for many years, and an active leader in his convictions.

Herbs' other great love was cooking. He made many memorable meals for his friends and family. His cheesecakes were legendary, but he was adept at anything he tried. Thanksgiving and Christmas dinners were fun get-togethers with friends in the valley and those gatherings grew in size over the years. 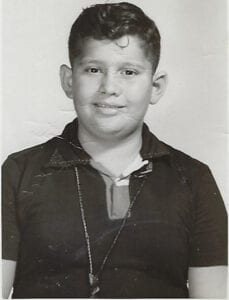 Tonight, and every night, Herb, I pray you know how much you were loved. This pain is like no other I have ever endured. It won’t be the last night to grieve as there’s no one or any thoughts that could fill the hole in my heart, where you live. During Thanksgiving, which is a day to celebrate blessings, if you are looking down, I will have on my beautiful bangle bracelet with the small yellow flowers, you bought for me over 60 year ago. I still hear the words you spoke to me that day…I just want to see you smile. 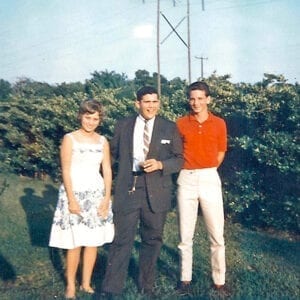 look at the photos of us, his body language always spoke of the way he would shield be from the world. But his handsome style remained the same throughout life. Now, all I can think about is how will I ever find my way back, to feeling happy again without him? I can’t bear to say goodbye, so instead, I’ll just say, I love you and I’ll see you again. Somehow, I always thought I would be first to leave this world. When it’s my time to depart this world, moving on to eternity, I will watch for your hand to escort me home.

But for now, how will I ever shake this feeling I could have done more and why I didn’t have the chance to hold your hand as you had mine for so many years. I will always love your extraordinary wife who is struck with grief and likely wondering how she would live life without you? Death belongs to us all…the dying and those who try to survive without the ones we love. His exceptional wife is now without her mate, and that is one pain of loss we all now endure. 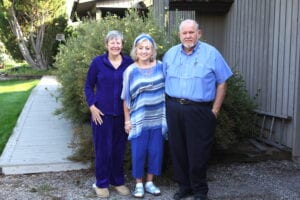 Will he ever know I would have done anything to help him or how much I cared? Where do I put all of these questions with no answers? Or do I try to remember that Thanksgiving is a time for being thankful for the blessings in life? Herb, was a young man of only (77) seventy-seven, when he slipped away on November 8, 2019. So, if I am to be grateful for anything at this time, it would be for his life, and the time spent loving him for so many years. Thank you, Herb, for teaching me through your example, how to love. Even the years I could not love or allow it in my life, you never gave up on me. In time, with your help, I found love. I will desperately miss you Herb, but one day, I will be with you. Maybe one day, my tears will turn to memories, but only of the happy times we had together.

Your Forever and Loving Sister,
Mamie

Posted in Reflections of Mamie